Must Have Been A Mean Donor 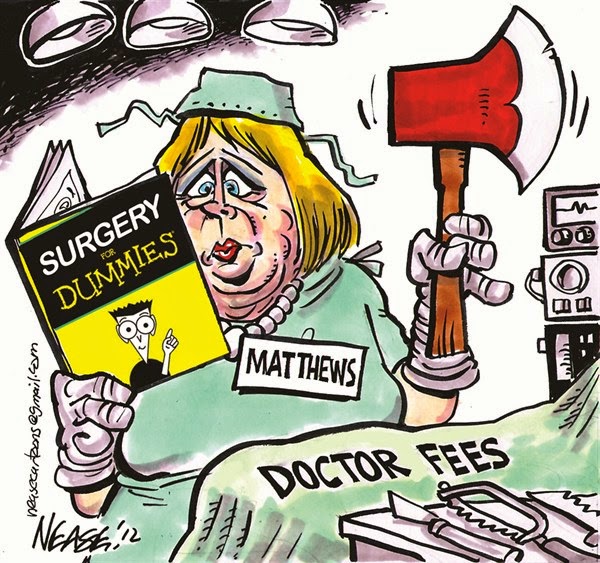 For those of you that have been wondering about an update on the status of my neck, I finally have a tentative update.

Don and I met with the surgeon this morning and had a good look at the MRI and CT scans. It's quite obvious that the prior neck fusion procedure which was done from the front of my neck using cadaver bone has failed. It started to grow bone initially as was shown in the 6 and 12 month check up x-rays, although it was very minimal. After that the cadaver bone disintegrated and was resorbed by my body (and hopefully spit out). I'm thinking that the donor probably wasn't a very nice person to begin with? Now there is just a jagged open space where there should be fused bone. Sometimes there is enough hard scar tissue in that open space to keep it from moving back and forth, and people in this situation don't even have pain, but I'm not one of those people. I had motion views taken, and the material within the disc moves, which isn't a good thing.

So here's where it stands today. I will need reparative surgery to fix my neck, and this time they will have to do the surgery from the back of my neck. They won't be using cadaver bone, but instead they will try to use a piece of a vertebrae if one is large enough to spare a little piece. If not, they will take a piece of my hip bone. They'll make that decision in the operating room. They bind the discs with wire and then put a plate and screws over it like I have in the front.

The recovery will be longer and more difficult than the first surgery because they will be going through muscle tissue on the back of my neck to get to the spine. At this point, I don't even know what that means. I feel like after what I went through with such poor pain management in the hospital after my back surgery, I can deal with just about anything, but I don't even dare go there! Don and I had a pretty in depth conversation with the surgical nurse who is in charge of the after care, and she assured me that there would be a different protocol set up.

It will take one to two weeks for the insurance approval and paperwork to get completed, and another few weeks to get on the schedule, so chances are my surgery will end up right in the middle of the holidays, but on a bright note, we might be able to squeek it in on this years deductible. Woo Hoo!

Today I feel defeated, but as usual, I will pick myself up and move forward. Don and I both need me to get physically better so we can get our life back as we used to know it, so I have HOPE!

Positive thoughts from here on out.
Sheri
Posted by Sheri at 11:50 AM