I am about ready to go rogue and claim that this government that we have is not designed to benefit or protect women in any way shape or form. I realize that I am but a small minor case, but it is MY 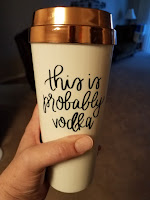 case, and I am getting pissed.

First, let me tell you that the man who sexually assaulted me just moved out of our building last Friday, so from October 15th at 8:30 in the morning until January 17th, the man who assaulted me lived and worked two floors down. Just two floors down. I was a prisoner in my condo for three whole months. During this time, the only reason I would leave the safety of my condo would be for doctor's appointments. I even started having my groceries delivered because I was fearful of running into him. When I would talk to someone about what was happening, they would be dismayed, and then furious. I would agree, and inevitably the words "why don't you sue the management company" would come flying out of their mouths. Believe me, I have said the same thing to myself  MANY TIMES. I am still in absolute shock that he was allowed to keep his job and live here. Absolutely horrified. The condo owners hire a management company to run the day to day things that it takes to keep a building going, but in my opinion, NO ONE is irreplaceable. There may be growing pains, but it can be done. Other than his two suggestive text messages that he sent me after he assaulted me, I have bug spit for evidence. It's a he said, she said case. Other than fighting for a restraining order, and leaving a paper trail to protect future victims, I can't do a thing.

For three months, my friend Judy has patiently gone downstairs with me to get my mail. I don't get my mail every day, but probably three times a week. Don is here for part of every week, so that helped to keep me from going downstairs too.

Now for the fucking kicker, pardon my French.

I had a two year restraining order in place to be at least one safety net to make me feel a little safer from this guy. I knew that if he broke the rules of the order, he was taking a chance at going to jail and losing custody of his daughter. He has part time custody. His daughter is what kept me from turning 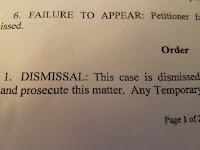 him in for a year while his troubling comments to me were escalating. I didn't want to risk that relationship that he had with his daughter. Like I said in the last letter, I needed to figure out that that was on him, not me.

So I'm hanging out thinking that I'm safe with my restraining order. A couple weeks ago Ashley even came over and swam with me. That was the first time I had been in the pool for over a year. The indoor pool  was the reason I bought a condo in this building! I love to swim, and it's great for my back. I hadn't been able to go because every time I did, HE would show up. It's in the basement with very little cell phone service if any. There's a security camera in there, which I think that that's how he would know I would be down there. He literally came down to the pool room every time I swam alone. If Don was there with me, he would never show up. Spooky. So I quit going.

So anyway, I'm thinking that I'm safe with my restraining order. I get the mail a few days ago, and there's this letter from the Courts saying that my restraining order has been dismissed due to MY
failure to appear in court. What...the...hell!!! I wasn't invited to go to court! I read through my entire file that I had, and there was not a single word about going back to court! He, and I'm assuming the management company's legal team, had petitioned to have a hearing to get the restraining order dismissed. I missed the hearing because I DIDN'T KNOW ABOUT IT! So my restraining order was dismissed. I wasn't notified until a few days after he knew. I bet he was downstairs feeling all smug and happy with himself, especially when he was working in the mail room. I felt completely broken, and like the bad guys had won.

The next day, I picked myself up off of my self pity puddle and got showered and dressed, and down to the government center we went. I think that Don has had more than enough of this place! I know that I sure have. We went to the original office that I had gone to to get the restraining order, and they couldn't do anything. They said that the judge had dismissed the case, so there was no longer a case. I explained that I had pulled it up online that morning, so it is still THERE. She walked away and hemmed and hawed. She suggested that we go to the Civil Court floor and see if we can try to file a claim that we didn't receive the mail. OK, yes, that sounds good.

We get to the Civil Court front counter, and one of the workers came up. He literally had the face, body movements and speed of the turtle in the fable A TORTOISE AND A HARE. He hemmed and 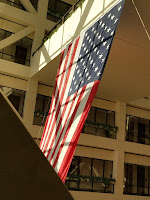 hawed and just wasn't sure if we had the right form for this case. "I would have to pay", he said, almost in a tone that made it sound like he hoped I would just leave. I walked all the way to the bench that my purse was sitting on, grabbed my credit card wallet and said "fine" and handed him my credit card. He went in the back and talked to some more people. He came back out, really slow, and said that he had good news. I wouldn't have to pay! OK. So can we do this? Oh, he wasn't sure yet. He would be right back. After a good half hour he came to the front desk with a woman who seemed a little huffy. She looked at me and said "we have a problem". My heart sank. She explained that when I filed the restraining order, I filed it with my phone number to be kept private, and I had written my phone number on my forms. I could hardly believe what I was hearing. I asked her if she had some white out, or a new form. Yes, yes she did. I'm dying here. I whited out the errors and handed it back to her. OK she said, be in court on February 11th at 9:00. That was it. No other information. We just left and told ourselves that we better leave before someone changes their mind.

Two days after that I received a packet in the mail from the Civil Courts, and it had paper work in it for us to show up to court on February 11th. Yes!! I was being given a second chance to put a piece of paper between me and my assaulter. It was all pretty clear except one paragraph, and you are not going to believe this.

The paragraph states that I (the moving party) must serve a copy of the Notice of Motion and Motion and the other paperwork in the packet to the non moving parties, the man who assaulted me and or his lawyers. You have got to be kidding me. I called the courts this morning, thankfully they have a great hotline for help, and that's exactly what she told me. I said, "just to clarify, I have to give a copy of this paperwork to the man who sexually assaulted me". "Yes", she said.

I walked across the living room toward Don, and said "I have just been sexually assaulted again". How in the world can this be right? He filed a claim and didn't let me know so he wins. I file a claim, 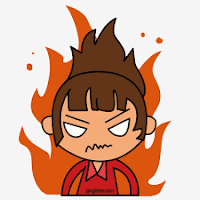 and I'm required to make sure that he gets
his butt to court. That was it for me on that day. I was SO pissed and so sad and mad and furious. I wanted to go run through my condo halls and just scream at the top of my lungs what had happened to me and continues to happen to me. Don knew I had had it, so he thankfully said that he would copy all of the forms and have the front desk get them to this person. I don't even know where they transferred him to. Thank you Don!

The management company hasn't even sent out a notice that He doesn't work here anymore. Nothing!! He moved out and went on to his third building that he will have worked with for this same company. I don't get it. What are they afraid of? He barely did any work the last year that he was here compared to what he did the first year he was here. He would change light bulbs and change the bag in the dog poop park. And he got a free place to live. I understand that I am bitter and angry about everything that has happened to me, so I am giving him negative zero credit, maybe worse. Why is it so hard for the victims of assault to get a handle on things. I feel like I have done everything right, and I am getting screwed every time I turn around. I don't understand it, but I sure as hell can relate on a much lighter level to women who have been raped. I don't know how they do it. I have no idea how they come forward and charge their rapists. Men can squash them at every turn. Women need to revolt. This is the shits, and it can't go on this way. No wonder Bill Cosby almost didn't get prosecuted, even though he had about a church full of women saying that he had drugged and assaulted them. The system is broken. As my adorable bonus daughter would say, broke AF!!

So, until February 11th, Don will keep working hard to keep me feeling safe, and I will keep taking Tums. We'll get through this. I am almost more stunned just looking at the SYSTEM even more than what happened to me. Crazy.
Posted by Sheri at 4:04 PM 5 comments: